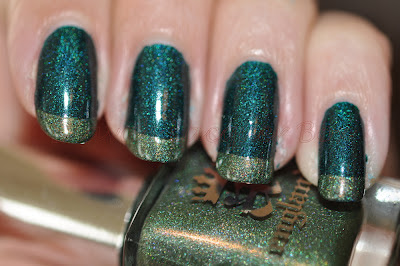 This was two coats of St George with 1 coat of Dragon for the tips :) 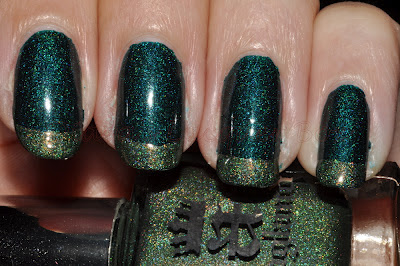 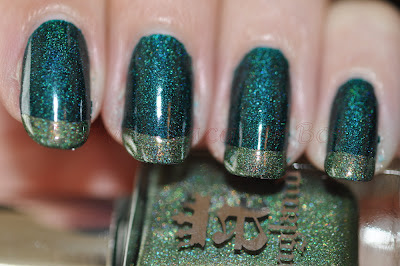 I will be featuring a few review of more of the gorgeous holos from this collection soon!
These polishes are available here and right now shipping is free (even internationally!)

Battle Of The Unicorns - Clarins 230, Max Factor Fantasy Fire, Milani Totally Cool and Orly Out Of This World

First up a huge apology for the lack of blogging over the last few months, have been insanely busy, as well as making a huge switch from PC to Mac, it's taken me a while to adjust, but I'm just about getting there :)
What better way to return to blogging than by revisiting a nail fanatic favourite: Clarins 230 also known as "Unicorn Pee". As many of you are aware Max Factor caused quite a stir recently with their release of Fantasy Fire from their Max Colour Effects Mini line. The second I saw the little bottle on the Max Factor counter in Boots I could instantly see why. Fantasy Fire appears to have the same rainbow/oil slick multichrome effect visible in Clarins 230.

So here are some comparison swatches so you can see how Fantasy Fire shapes up against 230. I've also included Milani's Totally Cool and Orly's Out Of This World in the comparison swatches, these two dont have the same rainbow effect, but they are absolutely gorgeous duochrome polishes, onto the swatches: 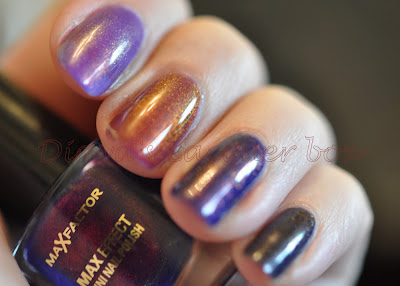 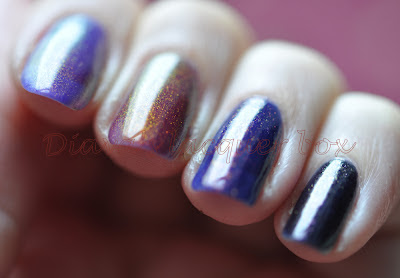 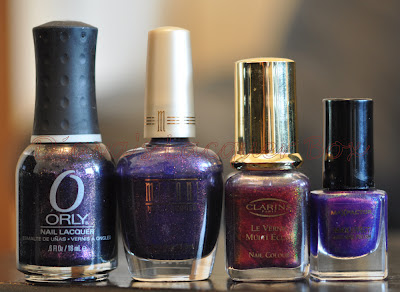 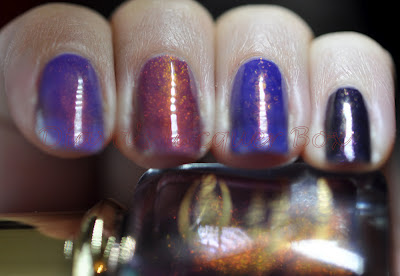 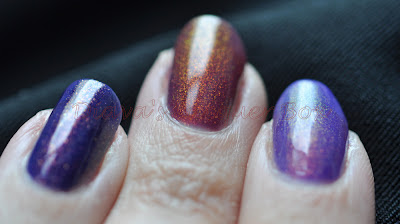 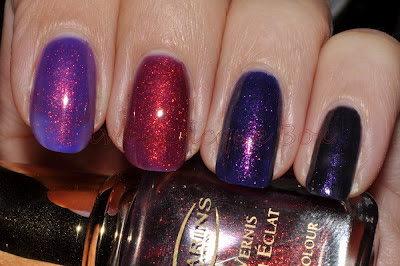 L-R Max Factor Fantasy Fire, Clarins 230, Milani Totally Cool and Orly Out Of This World
As usual these proved extremley difficult to photograph, its really hard to capture the multi tone effect in these polishes, so the tones are quite a lot more dramatic in real life. Orly's Out Of This Worlds is definitely the most opaque of the 4 (opaque in 2/3 coats) followed by Milani's Totally Cool (opaque in 3/4) both Clarins 230 and Max Factor's Fantasy Fire took 4-5 and even then there is VNL, but they are both brilliant for layering polishes.
Orly's Out Of This World is definitely the most subtle duochrome, at the right angle you will see some gold/green specks, Milani's Totally Cool has a slightly stronger duochrome effect, and you will see specks of green and even a little rusty red appear at the right angles. Now let's take a closer look at Clarins 230 and Max Factor's Fantasy Fire: 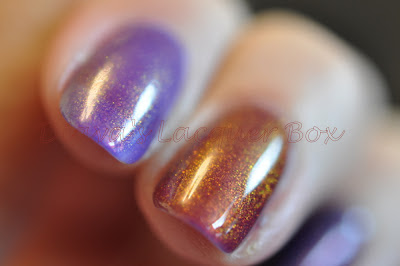 Close up Max Factor Fantasy Fire and Clarins 230
In the bottle both of these have a strong rainbow/oil slick effect, Clarins 230 has a stronger red base shade, whereas Fantasy Fire is more a deep lavender purple base, to be honest when looking at the two colours on my nails the oil slick effect seems as strong on both colours, but the photos definitely struggled to show off how great this effect is.
To conclude Max Factor's Fantasy Fire is by no means a dupe of Clarins 230, it is however one of the few polishes I've ever seen that has the same rainbow/oil slick effect and I absolutely love it! at £3.99 it's a good deal cheaper than the crazy prices you'll see Clarins 230 floating online at, but I'd definitely suggest layering it over a different colour, as it really is very sheer on its own!
Posted by Diava at 12:56 2 comments: 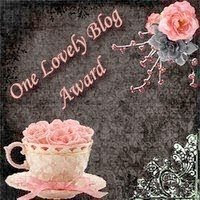 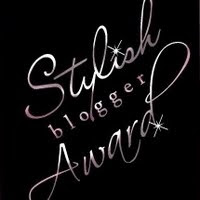 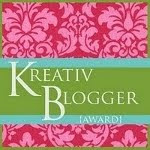 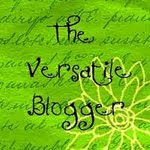